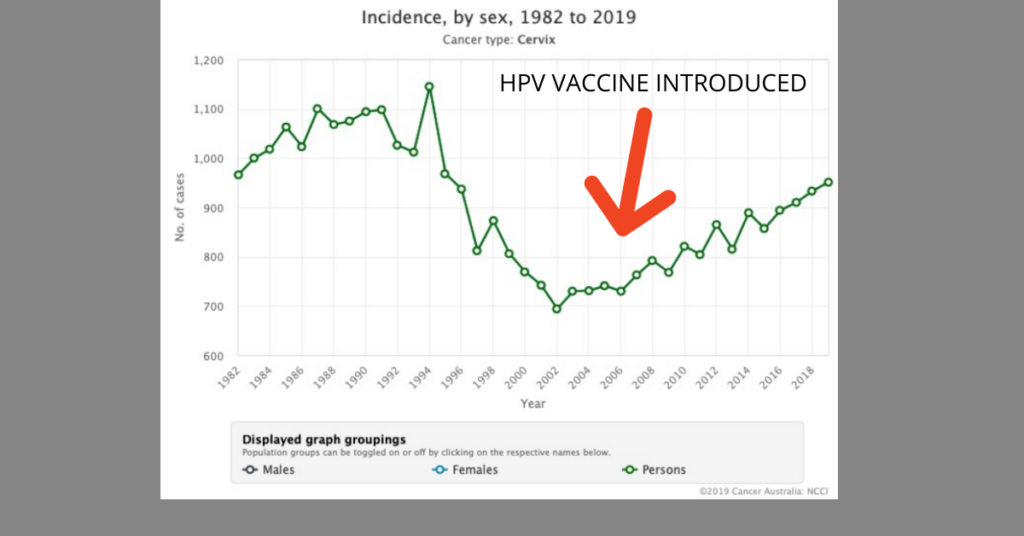 The Maryland Prevention and Health Promotion Agency (PHPA) has received millions — $123 million just between 2012–2017 — as part of an effort to require public schools to force children to get the human papilloma virus (HPV) vaccination. Those funds came in the form of grants from the Centers for Disease Control and Prevention (CDC).

The CDC maintains a nonprofit foundation that gets enormous amounts of money from Big Pharma — including Merck, the company that produces Gardasil, the HPV vaccine. At the very least, Maryland’s acceptance of those funds has the appearance of impropriety.

The vaccine being pushed today is too controversial to be trusted as the public-health solution for HPV. While the medical literature is full of claims and counterclaims about the health effects of Gardasil 1 2, 3, 4, 5, the drug was directly blamed for the death of Maryland student Christina Tarsell. Despite initial denials by state and federal health bureaucrats that the vaccine was to blame, the U.S. Court of Federal Claims concluded in 2017 that a preponderance of evidence indeed indicated her death resulted from the drug.

At the time of her passing in 2008, Christina — who was only 21 — became the 32rd fatality reported in connection with the HPV vaccine. Tragically, she is now one of more than 500 nationwide.

The Vaccine and Related Biological Products Advisory Commission Report page 13 table 17 discloses 6% of kids who take the shot will receive “no therapeutic benefit”, and that those who have undetected HPV infections are 45% morelikely to develop cervical lesions. The American Association for Cancer Research reported in 2015 that vaccinated girls had a higher prevalence (70.7%) of HPVs than unvaccinated girls (56.1%).

In 2016, the Maryland Partnership for Prevention — which lists the Maryland Department of Health as its top member — accepted $70,000 from the Association of Immunization Managers (AIM). AIM’s top “Corporate Alliance Members” are Merck, Pfizer, Sanofi Pasteur and Seqirus. That same year, legislation was introduced in Maryland to mandate the shot.

Maryland’s On the Wrong Path

If Maryland really cares about preventing HPV, why is it embracing only one strategy: Merck’s vaccination? Despite the deaths and the ongoing health-safety questions related to the HPV vaccine, Maryland PHPA has continued using our schools to push Merck’s product. The agency sends letters annually to every school superintendent in the state, reporting the number of HPV “vaccine eligible” kids in the district, broken out by age and gender. The 2017 letters included inaccurate and unduly alarming data points on HPV infection, overstating the benefits and denying the risks of the vaccine. The 2018 letters were modified to address the inaccuracies, but nonetheless were sent without parental approval.

In the U.S., only three jurisdictions have made HPV vaccination mandatory: Rhode Island, Virginia and the District of Columbia. Clearly, based on the money and other incentives being injected into our public-health policy system, Big Pharma would love to see Maryland become the fourth to do so.

At the Maryland conference, then Delegate Lam promised the industry insiders that he was working with the Department of Health to mandate HPV vaccination as a “back to school” shot in Maryland. When queried, he denied it. Why is Senator Lam working in secret to advance a pharma product- and what constituency is he representing when he does so?

Money should not trump science 1,2,3. We need to be able to trust our government. Maryland’s leaders should stop the Merck money train and focus on proven public-health strategies to help prevent HPV cancers, such as screening and avoiding risky behaviors. No amount of money should persuade our government to allow it to be pushed in our schools.

Maryland public health bureaucrats have no scientific rationale for this illogical, dangerous program. There are 250 cases of cervical cancer in our state per year, with about 60 deaths. Injecting 1.5 million young people between the ages of 9 and 29 with two doses of this shot will not change anything with regards to cervical cancer prevalence in Maryland. It will, however, provide a $750 million gravy train to Merck, the department of health, and pediatric practices in our state.

When your pediatrician earnestly pitches this shot for your healthy child, ask whether your kid is the one that tips the medical practice into the $5000 bonus pool. Ask what evidence there is that the shot prevents cancer, and why cervical cancers are surging in countries that aggressively pushed the shot. Ask why your healthy child should take the risk of becoming another Maryland HPV vaccine statistic, to be ignored, denied, and covered up. Just like the HPV vaccine caused death of Baltimore County resident Christina Tarsell.

To read the full research, a PDF is included below or by clicking here.

Josh Mazer’s has done two podcasts with The Maryland Crabs.