“As with mandatory influenza vaccination, there is insufficient evidence that mandatory measles vaccination results in a net public health benefit.” – Physicians for Informed Consent, a letter to the British Medical Journal

But that fact doesn’t increase vaccination rates–fear of infection does. How do we go from calm acceptance of a once common childhood infection to parental hysteria? Like this:

"As with mandatory influenza vaccination, there is insufficient evidence that mandatory measles vaccination results in a net public health benefit." – Physicians for Informed Consent, a letter to the British Medical Journal this weekThis week, a fascinating letter was published in the British Medical Journal by Physicians for Informed Consent, a group of Doctors based in California. What they write is DEVASTATING for the marketers of the measles vaccine:"In the same vein, our organization has found that it has not been proven that the MMR vaccine results in less death or permanent disability than what is expected from measles.[2] The risk of dying or suffering permanent injury from measles in the United States was very small, even before the measles vaccine was introduced in 1963. Therefore, vaccine safety studies must show that the risk of dying or suffering permanent injury from the MMR vaccine is even smaller.In the late 1950s and early 1960s, right before the measles mass vaccination program was introduced, the chance of dying from measles was 1 in 10,000 or 0.01%.[3] However, the public is generally unaware of this figure as the CDC publishes case-fatality rates based on the number of reported cases only. Since it is estimated that nearly 90% of measles cases are benign and therefore not reported to the CDC, the widely publicized measles case-fatality rate is 10 times higher than what is actually found in the general population."Read their letter here:http://www.bmj.com/content/359/bmj.j5104/rr-13Meanwhile, look how profoundly manipulative the networks are of measles, hyping it up on TV like it's Ebola! Compare that to how Measles was treated on TV BEFORE there was a vaccine for it. We're all being played!#dontbelievethehype

In the United States and other wealthy nations, common childhood infections such as measles had ceased being dangerous for the vast majority before the introduction of corresponding vaccines thanks to the achievement of the main pillars of a healthy society: clean water systems, proper sanitation, and good nutrition.

While vaccines have played a role in the reduction of targeted infections, those reductions aren’t without cost. Adverse reactions that include post-vaccination hospitalization, chronic illness, death, inferior immune protection, reduced maternal passive-immunity for infants, strain shifts. As with antibiotics, overuse, misuse, and reckless use of vaccination are leading to serious consequences.

Samples of Federal policy to silence risk and inflate fear:

Federal Register in 1984 (vol 49, no 107):
“. . . any possible doubts, whether or not well founded, about the safety of the vaccine [polio] cannot be allowed to exist in view of the need to assure that the vaccine will continue to be used to the maximum extent consistent with the nation’s public health objectives.”

In 2001, when autism prevalence was 1 in 150, a closed-meeting discussion by an IOM committee about MMR and thimerosal-vaccines revealed the very heart of where we find ourselves today.

Dr. Stratton said (pg. 53): “They [the CDC] say – and I believe them – that people are getting immunized when they really shouldn’t. What if there really is a terrible hidden truth about one of these things? Of course, they are worried about immunization rates and whether they are going to go up or down.” 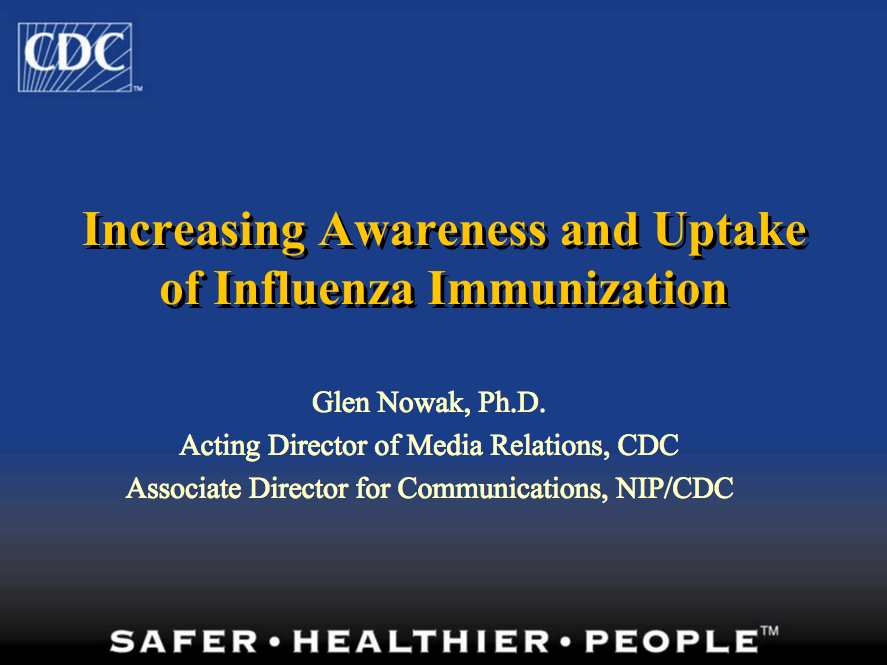