So it is important to understand a couple things.

The true histories of polio and smallpox are far different from the myths widely circulated. A search of primary historical materials reveals this.

Today, the smallpox vaccine is not administered, and when it is ever suggested because of bioterrorism threats, there is great debate about how it would be used because the dangers of the vaccine are very well established.

From the 2003 BMJ article: Bioterrorism and smallpox planning: information and voluntary vaccination:

“The smallpox vaccine involves a ‘‘live’’ virus, called vaccinia. Of all vaccines, it has one of the highest rates of complications—including death, disability, scarring, and minor morbidity. Hence the discontinuation of routine vaccination when eradication was accomplished. ‘‘For every million people vaccinated, 1000 may have serious reactions, 14 to 52 people will suffer life threatening illnesses and one or two could die’’, according to federal officials.”

“In Edinburgh, the number of fatalities associated with vaccination exceeded the number of deaths from the disease. In Liverpool, ambulatory, vaccine-modified cases and misdiagnosis as chickenpox resulted in problems with outbreak control. The relatively slow spread of smallpox, as exemplified by the report from Liverpool, allowed for effective implementation of targeted intervention methods. Targeted surveillance and containment interventions have been successful in the past and should be explored as alternatives to mass vaccination.”

Below are a few clips of medical journals from the late 1890’s through the early 1900’s on smallpox. 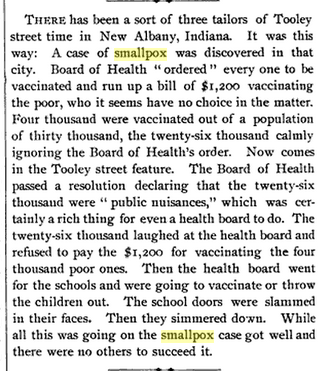 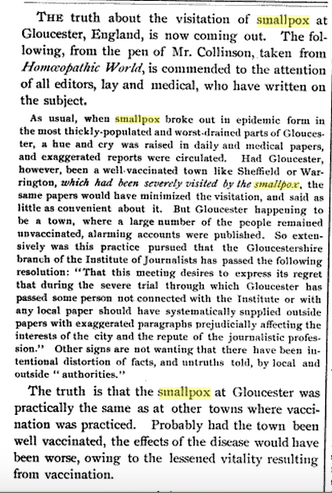 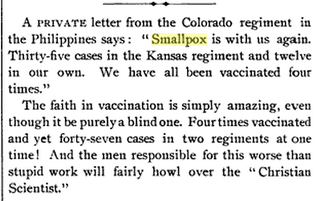 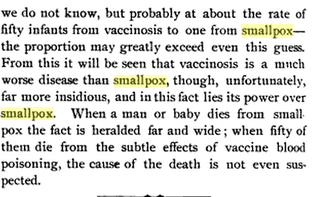 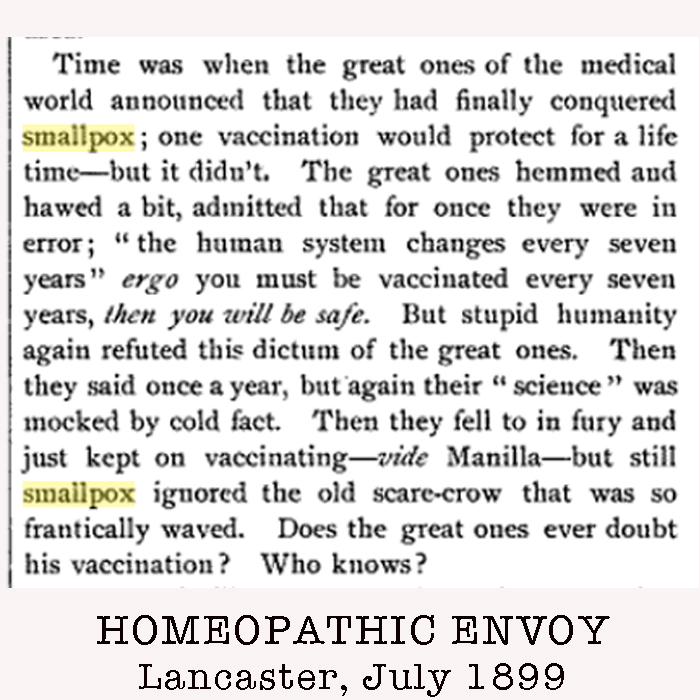 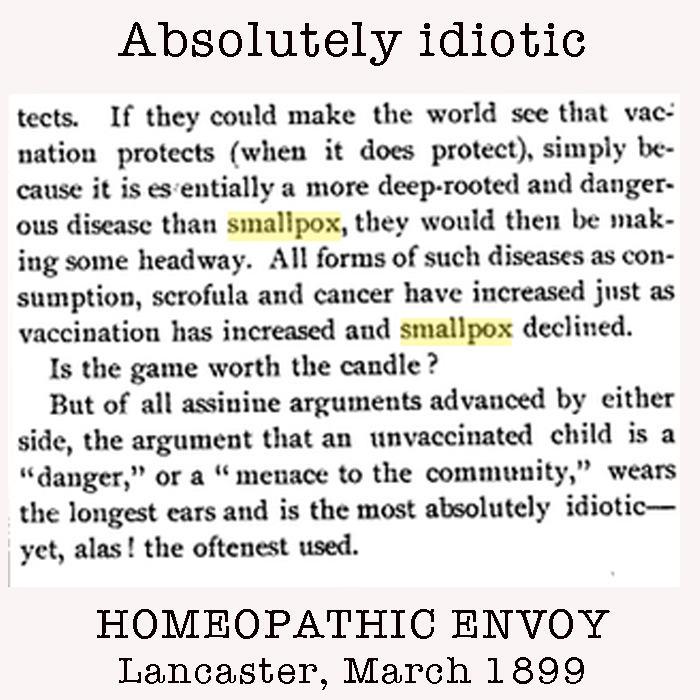 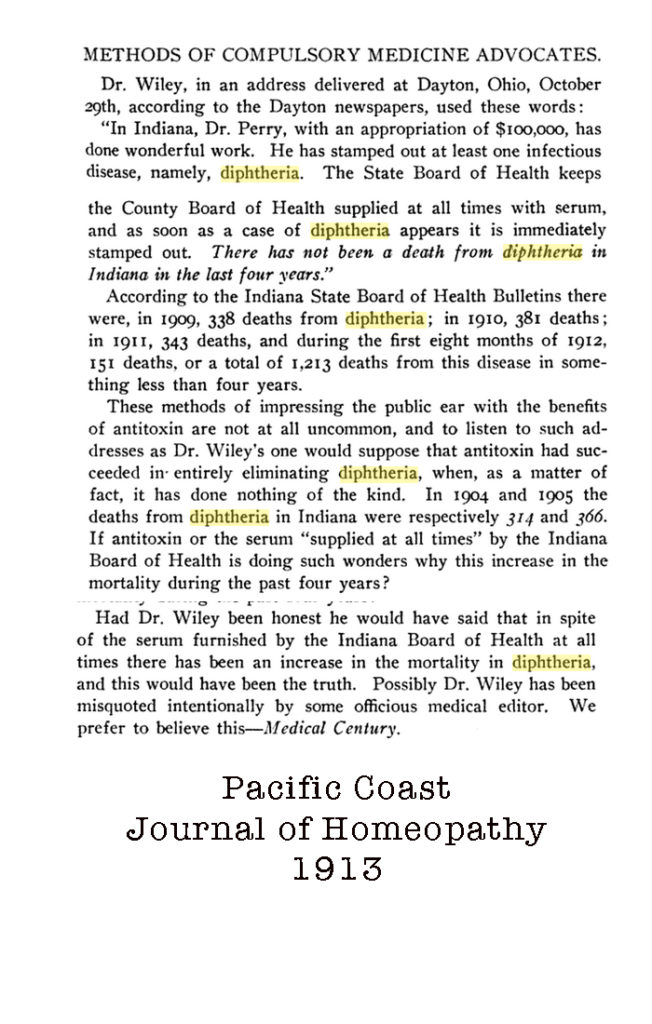