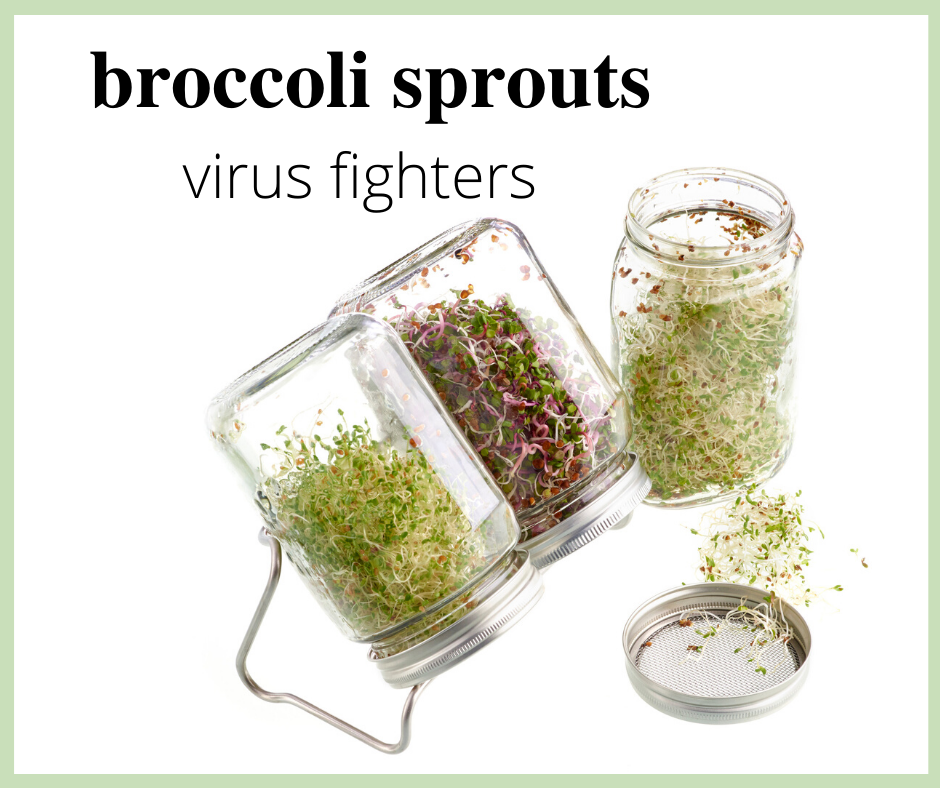 We’ve been posting about the importance of glutathione (GSH) for resisting and fighting viral infections, and the amino acids your body needs to make GSH, which can be found in foods and in some supplements, such as ProImmune 200.

Along with those GSH building blocks, your immune system needs a particular activator called Nrf2 to increase the release of GSH so that it can be utilized. See Effect of Nrf2 activators on release of glutathione, cysteinylglycine and homocysteine by human U373 astroglial cells. The good news is Sulforaphane (SFN) is a great Nrf2 activator, and SFN precursors are found in abundance in cruciferous vegetables. Topping the list is broccoli sprouts! You can buy them in some stores, but they are so easy to sprout in a jar, you might just want to sprout your own seeds.

There’s been a lot of research lately on the antiviral effects of SFN, including broccoli sprouts: Effect of Broccoli Sprouts and Live Attenuated Influenza Virus on Peripheral Blood Natural Killer Cells: A Randomized, Double-Blind Study.

“Other studies investigating BSH effects, and more specifically SFN, show a broad spectrum of SFN effects with regards to antiviral function. SFN has been shown to inhibit the lytic cycle of the Epstein-Barr virus and prevent virus reactivation [26]. Pretreatment with SFN limited lung respiratory syncytial virus replication and virus-induced inflammation in mice [27]. We have previously demonstrated that SFN reduces susceptibility to influenza infections by inhib- iting viral entry [9]. Furthermore, rodent studies suggested that SFN-induced activation of the Nrf2/antioxidant response element pathway could augment antioxidant defenses and improve lung health in HIV-infected individuals [28]. Our data adds to the mounting literature demonstrating that SFN has broad antiviral potential, and shows that in human volunteers SFN supplementation may alter the course of influenza viral infection.”

Cooking destroys precursors, so you’ll want to eat them raw in salads, sprinkled on food, or in smoothies.